I have a very simple budget app I wrote a few years ago that I use to track spending. I recently wanted to add a feature (a short description in addition to the amount spent) but soon I started thinking about the actual task and it didn't seem fun at all. I'd have to remember how it worked, remember how the framework I was using worked. I would have to remember how I deployed it. And then I'd have to write the feature. All told, it wasn't that much work but no work sounded even better. And since there were features I really didn't care about any more, decided I would hack the functionality of the entire thing into a google form and go on with my day. I even got to use another old project to make it even nicer. Here's how I did it: 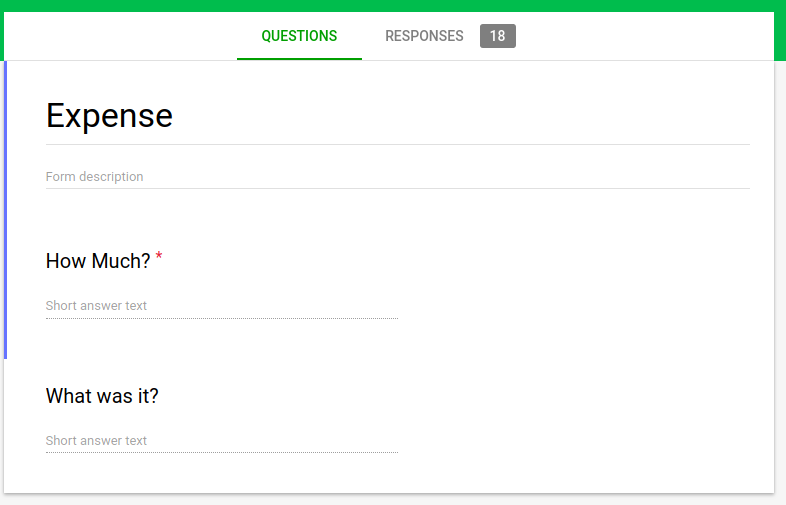 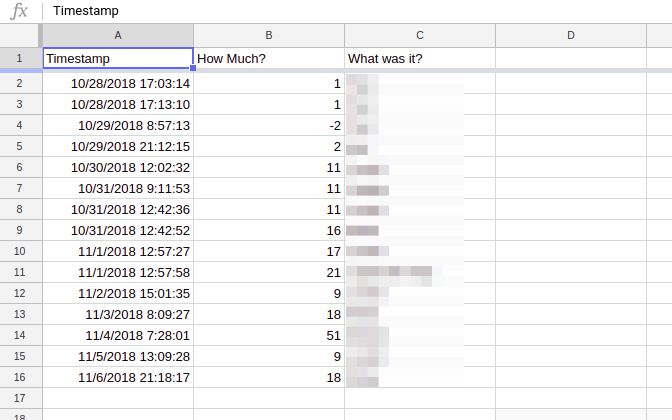 The following query in A1 of the second sheet copies this data over:

I do this rather than just using the page with the expenses directly or copying them with simple references (like "=(expenses!A!)") because every time data in input into the the form it inserts a new row in the spreadsheet that captures data. This breaks formula references. So the above gives me a way to maintain references in my other formulae because the query copies an entire "area" over.

Then in columns D and E I extract the week number with:

And the year number with:

And in two other cells product the current week and year using something similar to the above but with the NOW() function:

I store these in F2 and F4. Then produce my weekly total with the following query:

Then I use an android app I made called Cellout which lets me display a cell from any google sheet on my phone's homescreen. 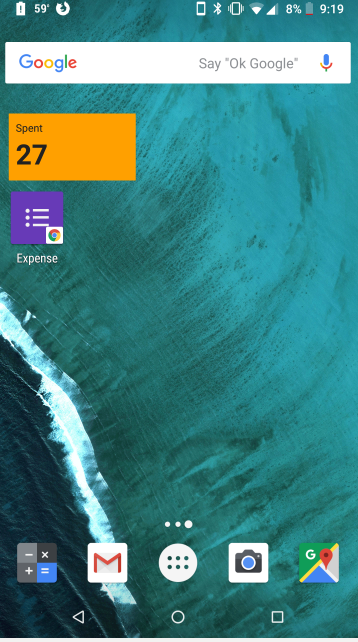 That's it. More functionality in the world, less code.